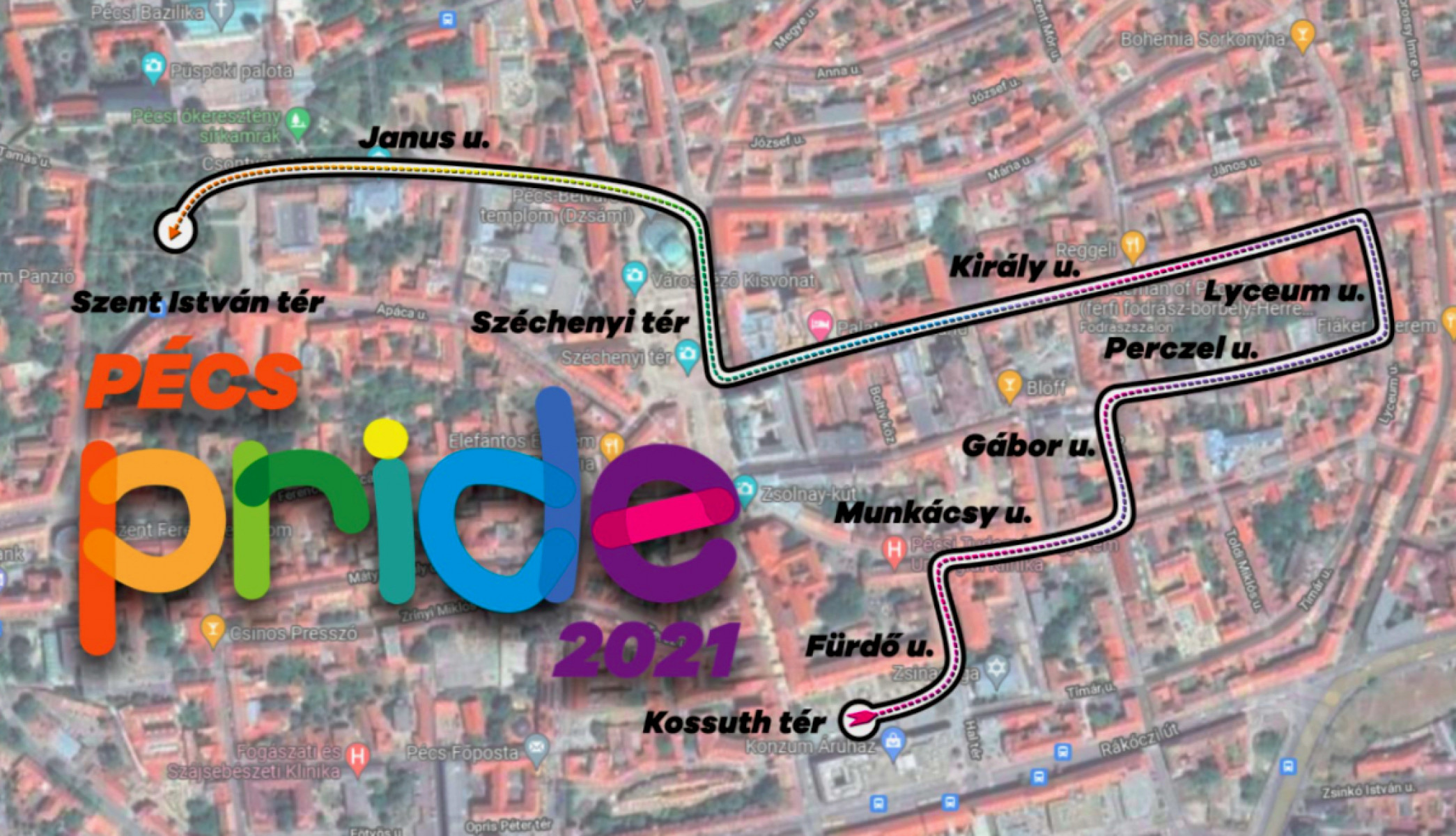 The 18th  of September 2021 was a memorable day for the LGBTQ+ community in Hungary because this was the first time a freedom march for the community took place beyond Budapest. This was the first time in the history of Hungary that such an event took place in Pécs because previously; Budapest was the common locale for hosting similar events including the Budapest Pride.

The event was organised by the Diverse Youth Network (DYN) which is a team of enthusiastic people who are striving to build and strengthen relationships between diverse groups all over Europe. The event commemorates the liberation from prejudice coming from anti-LGBTQ+ community individuals thus the slogan that was chosen was, “Free Anywhere” (Bárhol Szabad).

Law enforcement bodies such as the police force closely monitored the event and around one thousand policemen were present there to ensure the safety of the participants and spectators. Many volunteers and official cameramen reported the event live on many social media platforms to highlight the program.

The participants were not only limited to locals but there were a great number of foreigners who carried flags of their own countries in support.

The rainbow flag which symbolises the broad spectrum of human sexuality and gender globally was the talk of the town and many supporters carried rainbow props which united them all for this movement. It was also reported that rainbow shoulder bags were also distributed and all of these made this event a successful venture by the LGBTQ+ group and a huge celebration for the community at the same time.

The event started at three o’clock in the afternoon when people gathered for it at Kossuth Square and later the crowd started marching from this point onwards to Szent István Square.

The total crowd comprised of more than two thousand people and apart from this, there were spectators and protestors.

At around five o’clock in the evening, the crowd arrived at Szent István Square where speeches were given by many politicians who supported the community. They expressed that Hungary is a free country and it roots for people’s freedom and strives to create inclusive communities. There were also a number of speeches for people who suffered at the hands of society because they expressed themselves that they were different. After the speeches and a merry gathering, the crowd dissipated in the late evening and went for a celebration called the Freedom Party.

From the organizers perspective this day was a success as it achieved its main goal; the embracement of human diversity and the fight for inclusivity.